Hand made pasta in Bologna 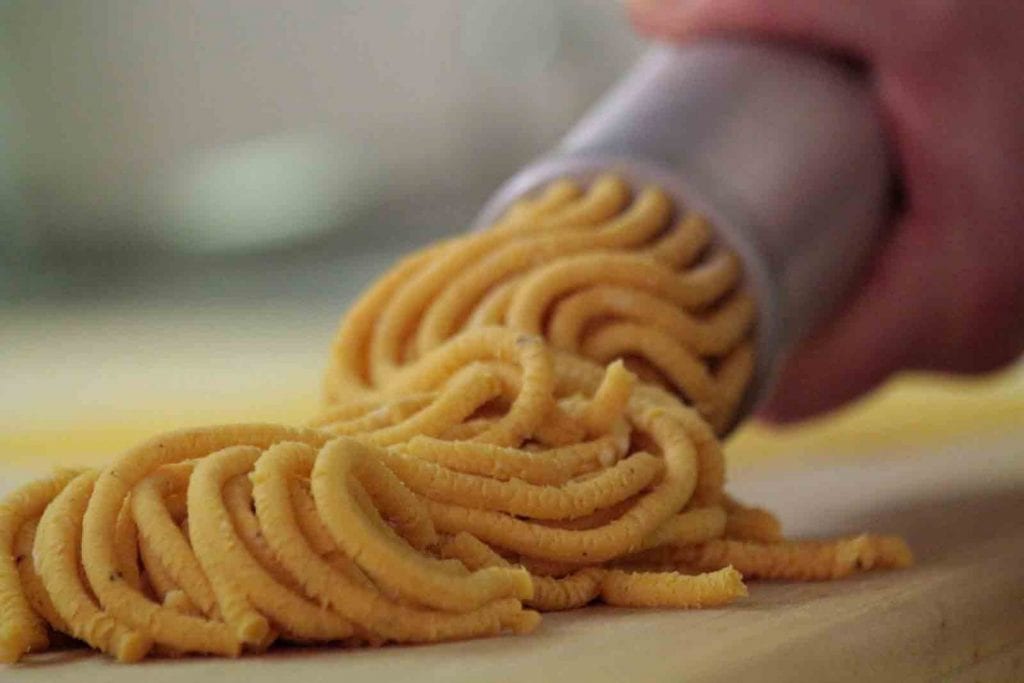 The ‘sfogline‘, meaning ‘pasta ladies‘, in Emilia Romagna are the keepers of the traditional know-how concerning the local traditional egg pasta. Kneading and rolling they are the artists of traditional recipes offered not only in homes but also in restaurants and trattorias. Moreover, as reported by Forbes, they work in industrious workshops such as the one opened, in 1999, by the ‘Bruno e Franco‘ delicatessen in Bologna.

No innovation or experimentation is allowed in this artisanal craft and the sfogline are obliged to use the traditional methods and recipes that have been used for generations. The results are so delicious that for ‘Bruno e Franco‘ business has been growing steadily for over 50 years and, in 1999, Franco opened a workshop for a team of sfogline to make the pasta sold in the store. 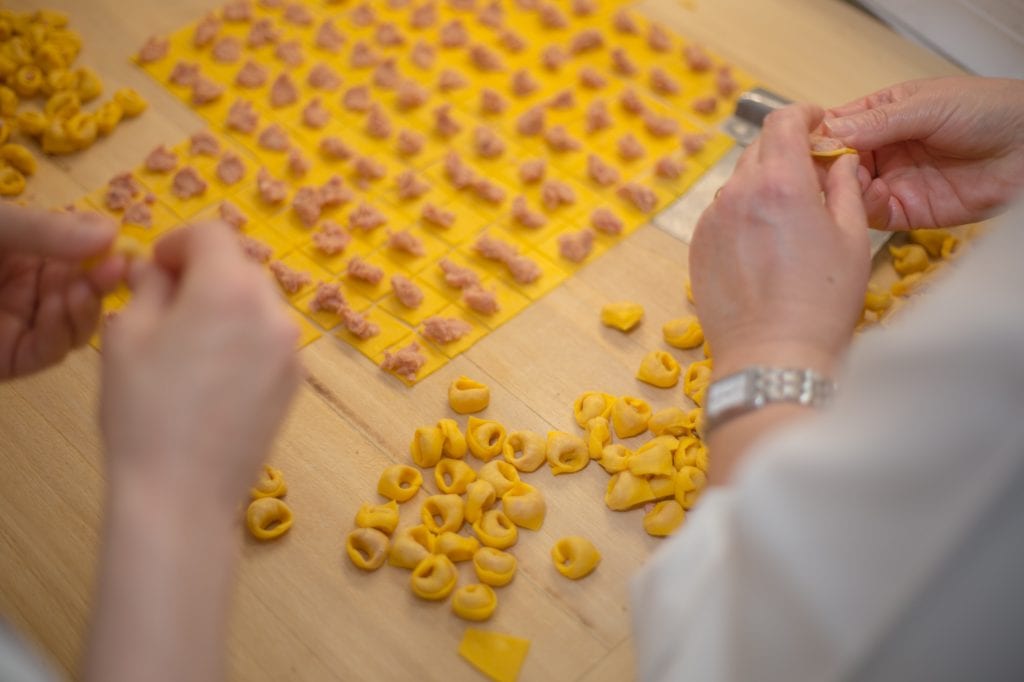 In fact, the one made by the two sfogline that until then had worked for him from their homes was not sufficient to satisfy the demand. Today, thanks to the 11 workers employed in the workshop – 10 women and 1 man – the store can meet the daily request of 120 kilos (about 265 pounds) and the peak of requests of two tons of tortellini during the weeks before Christmas (when tortellini in broth are a traditional dish). They also receive orders to ship their pasta all over the country.

‘Sfoglia’ is the thin layer of dough used to make pasta, which is made rolling dough out flat with a rolling pin and arms strength. This is then filled with different ingredients and folded in different shapes (Tortellini, Tortelloni, Ravioli, etc.). Except for mixing the flour and egg, each step in making the pasta—kneading, resting, rolling and cutting the dough—is done entirely by hand. This is essential to allow for the perfect timing in rolling out the pasta. Also, rolling by hand gives the dough a rough texture that helps catch the sauce better.