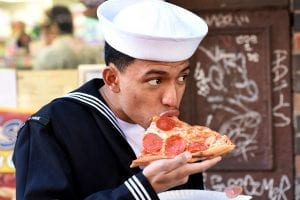 February 9th, in the United States, is National Pizza Day, a full day dedicated to pizza, which has now become a regular fixture on the American calendar. In fact, in the United States, the love for pizza has grown over the years to the point that it has been calculated that over 3 billion pizzas are sold annually.
If the first pizzas ever were prepared in Naples, in 1700, it arrived the United States, in New York to be precise, in 1897, when an Italian immigrant, Gennaro Lombardi, opened a small grocery store that soon became famous for that ‘dough with mozzarella and tomato’. In 1905, Lombardi opened  ‘Lombardi’s Pizza‘, the first pizzeria in the United States, which – although it changed location in 1984 – is still in Little Italy. 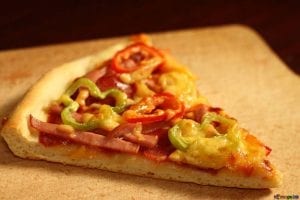 The popularity of the Italian specialty grew so much that led to the opening of great chains of pizzerias like Pizza Hut, Papa John’s, Domino’s, and Papa Murphy’s to name a few. Today pizza is the second most popular fast food in the United States behind hamburgers and it generates a very important business, with 17% of all American restaurants being pizzerias.
This year, also pizza lovers in the United Kingdom celebrated the (inter)National Pizza Day with a dedicated website and a discount of ‘at least’ 30% in 625 pizzerias throughout Scotland, Wales, and England.

Previous Post Authentico, the all-around app dedicated to true Italian food
Next Post Gucci, the most loved fashion brand in the world