Pisillo, from Italy the best Italian sandwich in New York 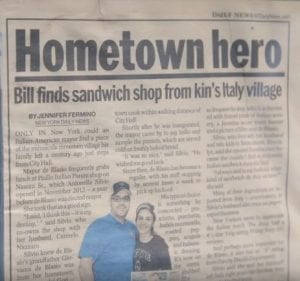 In just 55 square meters on Nassau Street, a few steps from the 9/11 Memorial, Antonella Silvio and her husband Carmelo Nazzaro managed to bring together the American passion for fast food and the excellence of Italian food. The result is over 30 types of sandwiches to be be taken away or enjoyed sitting at one of the establishment’s 5 tables, and they are so good and affordable that on TripAdvisor Pisillo is ranked 3rd of the 3,495 ‘Cheap Eats’ in New York.

Among the regular guests that chose Pisillo’s sandwiches for their lunch, there is even New York Mayor Bill De Blasio, whose maternal grandfather Giovanni came from Sant’Agata de Goti, the small town where Silvio is from. When he was elected Silvio and Nazzaro went to the ceremony with which he was sworn in, and after making their acquaintance, he promised them that he would go to their sandwich bar. Since then he has always returned and he greatly appreciates the Sant’Agata sandwich, the one dedicated to him. 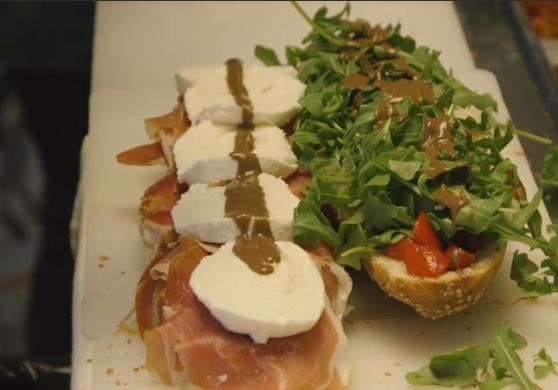 Silvio and Nazzaro inaugurated Pisillo in 2012 and it was an immediate success. As Nazzaro is also an importer of Italian products, it goes without saying that all the ingredients and the condiments of the sandwiches are imported directly from Italy, while the  fo14-inches sfilatini and ciabatta bread come from a bakery in Brooklyn. The sandwiches are dedicated to the main cities of the Bel Paese, like the ‘Capri‘ – tomatoes and buffalo mozzarella – and the ‘Cagliari‘ – soppressata and artichokes -, as well as the weekly special, which varies from time to time. Among the best-sellers, there is the Montesarchio – Parma ham, mozzarella fior di latte, roasted peppers, rocket, extra virgin olive oil, and a home-made balsamic vinegar sauce. Moreover, it is always possible to personalize the sandwiches adding other ingredients to the ones on the menu.

Previous Post 'We are who we are', the new tv series by Guadagnino
Next Post Chef Michele Casadei Massari and Loacker: the Italian wedding in the name of flavor